Japan’s Gambling Industry: Then and Now

For many years, Japan’s gambling industry has been hampered by strict regulations and governmental controls. While the country has a rich history of gambling and has innovated many gambling products over the years, gambling is a complicated topic throughout Japan. In recent times, attitudes towards gambling in other parts of the world seem to have shifted, and change is coming to Japan too. Gamblers across the country are looking forward to the implementation of new rules that will allow them to enjoy casino games and other forms of gambling more freely.

This shift in attitudes is partly thanks to the introduction of online gambling, which governments have found difficult to ban completely. The simplest solution is to regulate and control gambling, giving players the option to enjoy games online and making gambling safer. Today, players can choose to join an online casino Japan, sign up and play with real money.

The History of Japanese Gambling

The first recorded example of gambling in Japan took place in 685 AD. The ruler at the time, Emperor Temmu, enjoyed passing the time with a game known as sugo-roku (double sixes). The game was similar to backgammon and was extremely popular during this period of Japan’s history. However, Emperor Temmu’s successor would pass laws to ban it.

Despite efforts to ban gambling, it was still commonplace throughout the country, with people placing wagers on just about anything. Throughout the Heian Period (794-1185), Japanese people would often wager on games as well as horse races and even cricket fights.

According to historical accounts, gamblers were involved in fights, homicides, and robberies that prompted the adoption of ever-stricter regulations to curtail their behaviour. The government banned gambling with no fewer than nine edicts between 1225 and 1284.

These measures were largely unsuccessful, so the government instead elected to make a distinction between small and large bets in 1718. This would lead to the creation of lottery games which were designed to make gambling safer. However, other games such as chobo-ichi, bin korogashi, oome-kome, shishita, shoso-shiroku, kitsune continued to be popular. By the Taisho Era (1912-1926), gambling was commonplace throughout Japan despite being illegal under the criminal code.

Today, Japan’s criminal code still bans most forms of gambling, but it has persisted. Betting on public sports such as horse and motor racing is legal, as are pachinko machines and the lottery. In addition, illegal casinos operate throughout the country.

Pachinko is one of the most interesting examples of gambling in Japan. It’s a game that mixes pinball and slot machines, and although players can win money, it’s not considered gambling by law. Pachinko parlours are found throughout the country, and in 2018, $200 billion was spent on these games.

In recent years, attitudes towards gambling have changed in Japan. It’s always been accepted even if it wasn’t legal, but no real efforts are being made to legalise it. In 2018, casino operators began bidding for licenses to operate casino resorts within three major cities. In 2020, the government founded the Casino Administration Committee in order to regulate and license gambling operators.

The Future of Gambling in Japan

After a long period in the dark, the future of Japan’s gambling industry is looking much brighter. Pachinko machines continue to be the most accepted form of gambling but with the introduction of new casinos, who knows which game will become the new favourite? Online casinos are also growing in popularity as more Japanese gamblers than ever sign up to play online.

Japan has always been an innovator within the gaming industry, and it’s possible that the new, legal gambling industry could become a world leader too. Slot machines have become more exciting thanks to legalisation, and pachinko machines could undergo a similar revival.

Healthcare Jobs That Are Perfect for People Who Love Helping Others

The Importance of Living in a Peaceful Environment for all Individuals

What Are the Very Basic Things Which People Should Know About Sphere Shape? 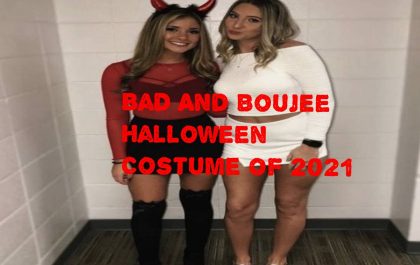